11 Influencer Marketing Case Studies with Incredible Results. You may have already heard how influencer marketing has become the best strategy to increase brand awareness. So, if you’ve been looking for information about this type of marketing, there’s nothing better than real-life examples of its success.

Today, we bring you 11 cases of successful advertising campaigns with influencers. This way, you’ll quickly understand how to create a real campaign with the trendiest influencers on social media.

How to do an influencer marketing campaign?

Influencer marketing can become your brand’s best ally as long as you know the tools you should use to create an effective campaign. That’s why taking a look at the following 11 examples of influencers and brands is a great idea. After all, this will help you achieve each of your brand’s objectives together with the help of influencers: 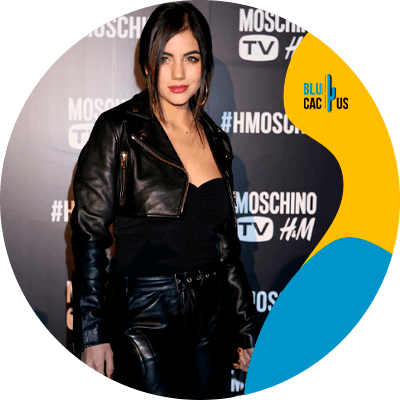 There is no doubt that H&M is one of the brands with the most significant number of followers on Instagram, thanks to their advertising campaign. To do this, this brand turned to fashion blogger Julie Sariñana, with 6 million Instagram followers.

They also worked with Ela Velden, an actress and model with over 1.5 million followers.

For this campaign, the main idea was to have these influencers carry out a routine, including the latest collection launched by H&M. Part of its success was thanks to the choice of two profiles that could reflect the brand’s true style on their own.

The blogger and model were struck by what this brand offered, so their recommendations were 100% sincere, which the audience noticed. 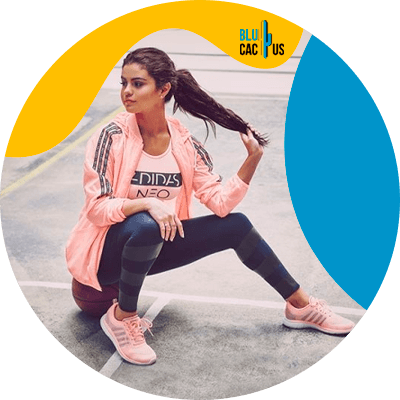 In 2015, this brand wanted to implement a strategy to outperform the competition in terms of sales. Similarly, another of its objectives was to win the attention of the “millennials” once and for all. For this, they created a social media campaign led by influencers.

Using the content generated by users on Instagram, many influencers asked their users to send photos. This way, they had the chance to be models for the Adidas brand campaign launched during the spring season.

It’s worth noting that this campaign included celebrities of the level of Selena Gomez. This, of course, gave a significant boost to this campaign. Because of this, the results of this campaign on social media were very positive. It obtained over 10,000 entries in the hashtag #MyNeoShoot, which was the name of the campaign.

On the other hand, this hashtag also achieved over 70,000 mentions and an increase of 40,000 followers. This strategy has been one of the most successful influencer marketing campaigns, with a sales increase of 25%. 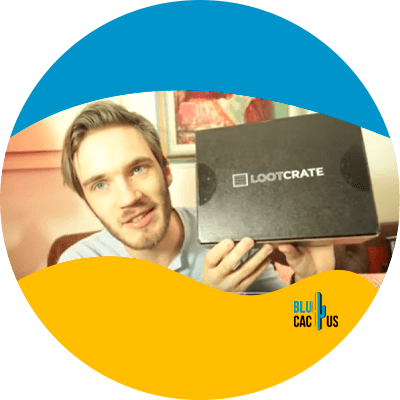 This leading video game brand became famous thanks to the surprise boxes they send to their client’s homes. These are full of collectable items, such as television shows, comics, and video games.

However, to increase their brand awareness, they had an excellent idea of ​​recruiting some influencers. In this case, the famous PewDiePie managed to direct his over 57 million YouTube subscribers to this campaign.

They also invited Jack Douglas, also known as Jacksfilms. Together they created videos to explain and give their opinion regarding the content of these jack-in-the-boxes.

The success of this campaign was due to the correct selection of these influencers. After all, the brand’s audience already trusted them and their word. Because of this, it was easy for them to trust the brand too.

Similarly, this campaign also allowed the brand to showcase its best products. All while taking advantage of interacting with the public and creating authentic links. 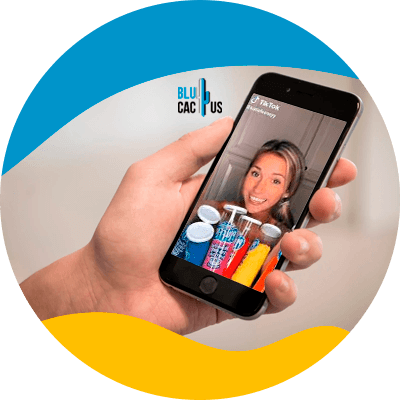 The goal? To promote its product “Playfoam Puffle”.

Together with the influencer agency “The Influencer Marketing Factory”, they selected ten influencers with great relevance in the platform to reach more than 14 million followers. 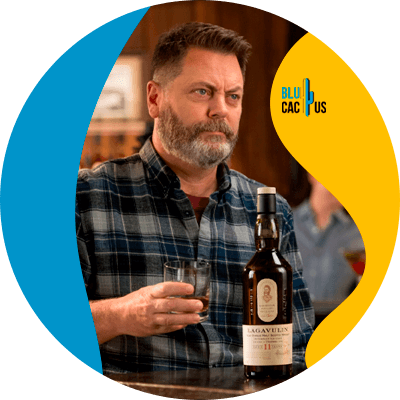 This is an obvious example of influencer marketing with good results. The video in which the actor Nick Offerman appears sitting for 44 minutes in a chair by a fireplace while he looks in front of the camera in total silence and drinking whiskey went viral.

The idea presented by this alcoholic beverage company ended up being a real success.

The reason is that this video turns out to be very addictive since while the video is running, you wait for something to happen, and in the end, nothing happens. So, that desire of the users to see a different twist in the video makes it special.

This idea has been so creative that it got an award for being rated as one of the best cases where an influencer marketing campaign was implemented. 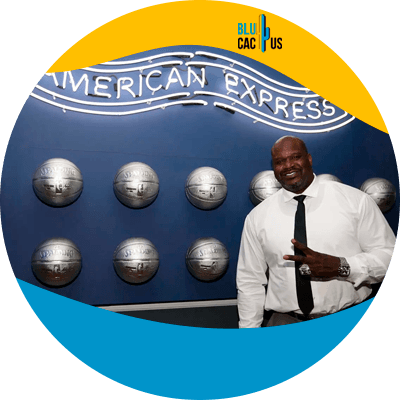 They searched for Shaquille O’Neal and other famous people on Instagram to achieve this.

They were all invited to many exclusive events that consisted of both parties and trips. However, the request was that they share their experiences through their social media.

This way, this strategy shows that influence shouldn’t only focus on physical products. After all, promoting experiences associated with a given service can be more effective. 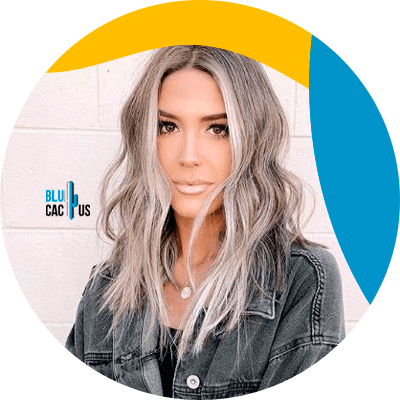 In this case, the brand launched a campaign with Victoria Bachlet around “back to school”. Said in influencer has over 3 million followers on TikTok, which made her an ideal choice for the role.

What she did was post a video of her visiting Target and buying Vera Bradley products for her personal care. These videos also had her using these products at home as she prepared for the start of the new school year.

The main goal of these videos was to create brand awareness marketing for both Vera Bradley’s and Target’s X Venues collection of personal care products. This influencer was the best choice for this campaign, given her audience, which consists of teens and adult women.

Also, although Bachlet’s video was an advertisement, she managed to make it look like her usual videos, which made them a very eye-catching factor. 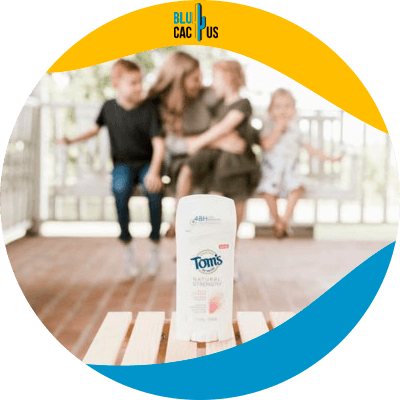 This brand focused on manufacturing personal care products and sought influencers’ help to boost itself. In this sense, they considered that not everything is about quantity but quality.

Tom’s of Maine uses only natural ingredients to create its toiletries. Therefore, they needed to create a campaign that would directly target shoppers who care about their health. The brand resorted to micro-influencers with few followers but with an audience made up of their target audience.

This way, micro-influencers began to touch on topics related to these toiletry products, seeking the interaction of their followers. As a result, this campaign captured more than 4 million potential customers in the first three months of its launch.

The success of this campaign depends on the fact that the smaller the audience, the more trust users have in the influencers. 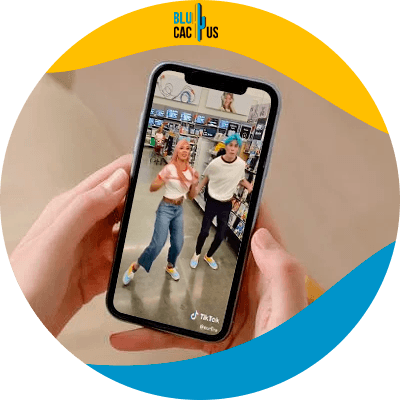 Walmart also worked on a marketing campaign with influencers. In this case, they used Tik Tok. This international retail corporation sought the collaboration of this platform’s influencers to create a Black Friday-themed campaign using the hashtag #DealDropDance.

To carry out this campaign, Walmart worked specifically with six influencers. Montanatucker, kidrl, dreaknowsbest, OurFire, bdash_2, and kingcamo_1 had the task of motivating their followers to post videos in the store while they danced or had fun.

These videos were very effective since just their posts reached over 16 million followers. I

n fact, this campaign resulted in influencers and followers filming themselves in Walmart’s aisles to win a $100 gift card. 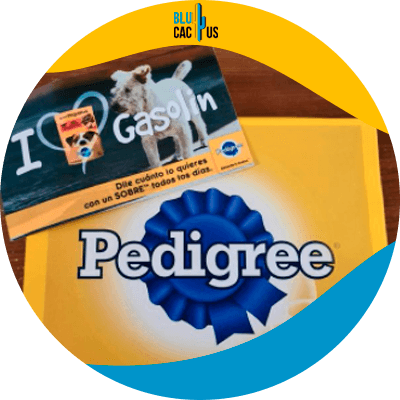 The Pedigree brand was intended to humanize its brand to champion its cause. This has been a movement of excellence if we consider that more than 90% of consumers expressed their willingness to switch to a brand capable of promoting a positive cause.

“Buy a bag, give a bowl” was the motto of this campaign, led by influencers to promote it. They did this through their social media content, videos, and blog posts.

Kristyn Cole was one of the influencers called to promote this campaign on Instagram. Like Cole, other influencers uploaded stories to Instagram to share heartwarming stories with their pets. This way, they were able to attract the emotions of their followers.

As a result, this campaign generated over 43 million impressions and 9,000 interactions. All of this allowed the brand to reach its target audience easily. 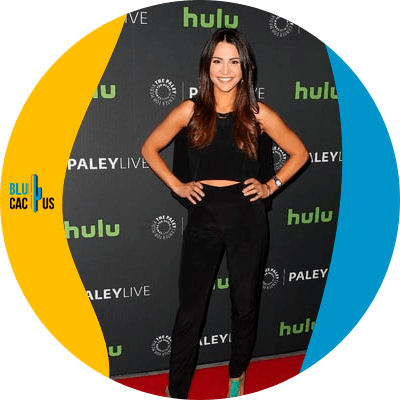 Hulu wanted to promote its new show, “Casual”, to reach its audience and the existing audience of Thrillist, a brand focused on men with a digital lifestyle. That’s why, besides organizing an event, they needed an influential person to publicize everything related to this campaign.

Therefore, they decided to work with Andi Dorfman, a very influential personality on television. This influencer was invited to the event held in Los Angeles. This way, she was able to attract her social media fans by using the event’s images with which she was able to share her pleasant experience.

However, to promote this new program and event, the posts included hashtags such as #casualonhulu and #keepitcasual. Later, these images and others were added to a page connected to Thrillist.

By simply enlisting the help of an influencer, Hulu had the opportunity to reach over 1 million people, with Andi’s content achieving higher engagement numbers. 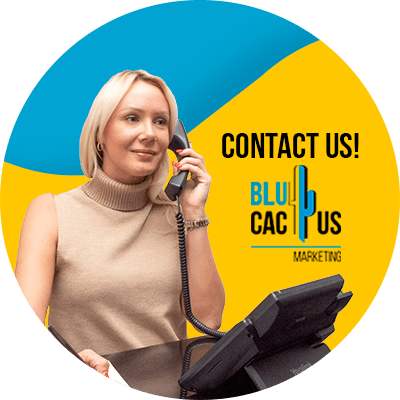 BluCactus influencer marketing agency serves clients all over the world. Our speciality? The creation of web designs and SEO positioning in online searches. Our group of experts focuses on helping businesses and brands succeed in one of the most competitive sectors in the market, the digital world.

BluCactus will accompany you in every step that your brand takes. This goes from creating your business’s branding to the creation of content. Our focus is on supporting you with creating your website or the administration of your social media accounts.

This online marketing agency, based in London, the UK, seeks to strengthen your image as a brand and take it to the next level. Don’t wait any longer to get the help of the best specialists in digital marketing. Contact us now through our social media or website!

How to use influencer marketing to boost your brand?

What’s the difference between influencers and brand ambassadors?