Learn all about Sportswashing and how it affects Sports Marketing. Sport is, in its various disciplines, in the UK and many other countries, a practice that exalts nations, fills their fellow citizens with pride, and can show the best side of a country.

But sometimes, certain sporting events tarnish their reputation by being linked to governments whose practices are not the best. And carrying out renowned activities in countries that are not in line with prevailing social and human worldwide norms.

To try to validate this type of event, the organizers, as well as the countries, seek the sponsorship of renowned brands and alliances with favorite teams, which have a good track record and a high number of followers and fans and manage to divert the attention of another type of circumstances of a social or political nature that arise in the host country.

All this seeks to improve the image of a government or the perception that the rest of the world may have regarding a specific country. Including its customs, way of governing, specifically its practices regarding the prevalence of human rights.

This is known as Sportwashing, which does not have to do with the monetary aspect as such. Although this factor influences, it is more inclined to clean up the moral image of a country where many brands participate as sponsors and ambassadors engaging in advertising.

But how does this work, and how can it affect a brand? Continue reading so that you know about this practice that is so current today. 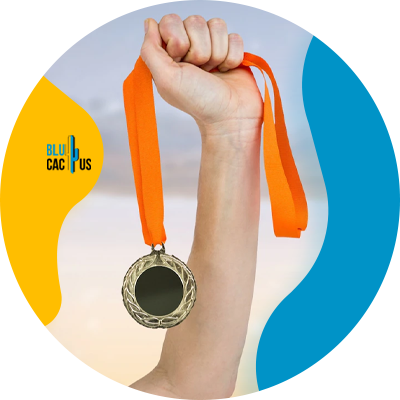 Sportswashing is the practice carried out by a person, group, corporation, or nation-state in which a sport or a major sporting event is used as a marketing strategy to improve a damaged reputation, either due to bad political or social practices.

Thus, sportwashing is carried out by the organizations of sporting events, the purchase or sponsorship of teams, or through participation in the sport itself, so brands play a relevant and determining role in this.

At the state level, this is a sportswashing done to clean up the image of a government.

To divert attention from the history of erroneous practices regarding the protection and prevalence of human rights and other types of scandals they need to get away from the local and even global public eye.

How brands and advertising influence sportwashing 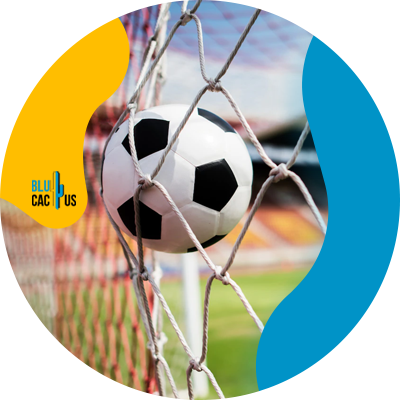 Sportwashing is a strategy that could be understood as how a country or government shows itself to the world in an attempt to improve its image and reputation and in which brands act as sponsors of events to be held. In these places whose policies are in question, this sportswashing is considered a way of advertising or marketing.

However, the presence of brands is necessary for sportwashing because they serve as an endorsement of competitions and tournaments. The more recognized the sponsors are, the greater acceptance they will have on the part of the public.

It will also serve to convince those who are reluctant to attend or participate in any way, either as a protest or to go against the host country’s values.

In sportwashing, they use sport by appealing to the feelings and emotions of fans, spectators, and followers to change the perception of a country, its government, and even people or individuals, such as an athlete involved in a scandal or has been a participant in activities or attitudes contrary to morality and good customs.

Therefore, when seeing a well-known sponsoring brand or institution such as UNICEF, or Emirates, among others, many people probably look at the event with different eyes and perceive it differently. And they end up accepting it and even attending games without considering or actively criticizing the policy that governs the host country. 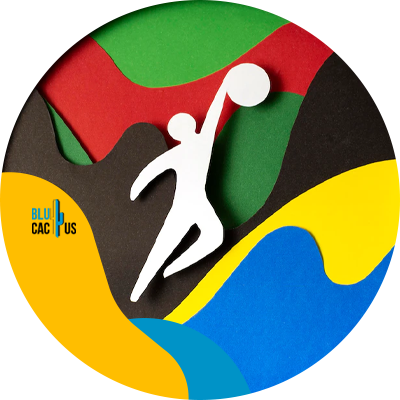 Learn all about Sportswashing and history 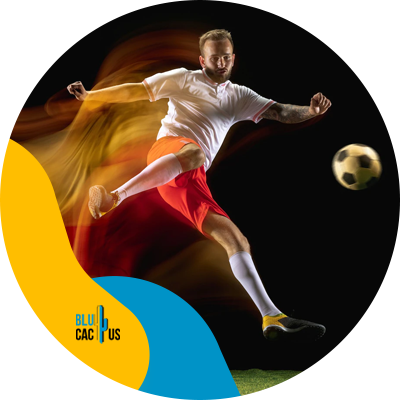 Sportwashing is not something remotely close to our time today. It is a fairly old practice since the Berlin Olympic Games, held in 1936, and the Soccer World Cup in Italy in 1934, were held under Nazi and fascist regimes. These are the first cases of sportwashing in history. Although the respective rulers did not seek to cover up their actions, they did aim to exalt their nationalism, political system, and image before the world.

Therefore, it is also considered a case of sportwashing.

Another almost emblematic one was the Soccer World Cup in Argentina in 1978, a country that two years before had gone through a coup and was governed by the armed forces under a repressive regime. The sporting event was used by the government and by some human rights organizations to make propaganda about the national reorganization process.

Throughout the years, and even more so today, we have seen how sports competitions are carried out in countries where there are evident violations of human rights or that are governed by oppressive governments. The most recent example is the Qatar Soccer World Cup 2022, which is being held today. And around it, days before its inauguration, the boycott and protests will intensify over the working conditions of those who dedicated themselves to building the stadiums and the prohibitions for the tourists, among others.

Learn all about Sportswashing and Marketing 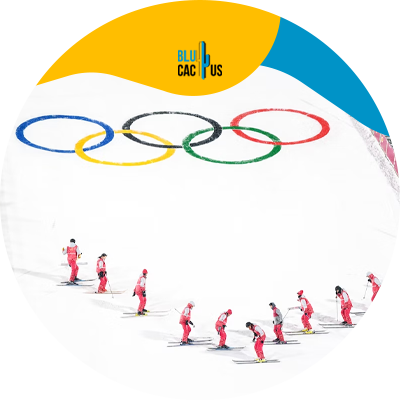 As we mentioned before, brands play a fundamental role in this sportwashing strategy.

Since a recognized and respected name in the commercial environment that lives as a sponsor in a relevant event will give it validity and boost public acceptance.

Even when it is held in countries far removed from good human, political and social practices.

In many cases, brands are driven by the desire and objective of getting more customers and being recognized and achieving that visibility they need to position themselves.

However, along the way, they may come across these types of offers to participate in events classified as sportwashing, being on the wrong side, and giving the wrong message to the public.

Consequences for a brand being part of sportwashing 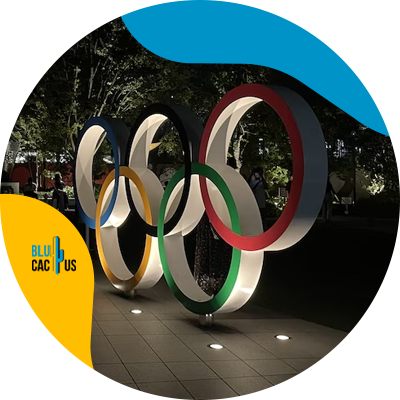 Learn all about Sportswashing. Certainly, a brand may have established a contract with a sporting event long before selecting the venue where it will be held. In legal terms, it could be cumbersome not to comply with a contract and the monetary losses that it would entail. However, the viewing public cannot know these details on many occasions.

Therefore, if the sponsoring brand does not establish a strong and well-defined position of its values ​​and objectives and its relationship with the event or its organizers, they may fall into the same bag as these.

In general, it could confuse the true meaning of why they are participating and associate them with a simple unscrupulous profit at the expense of repression. 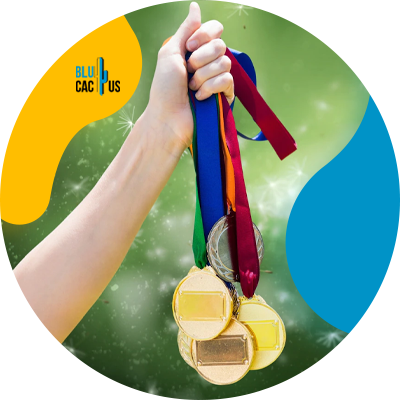 Therefore, a brand cannot assume a duality concerning its position.

Since it must decide if it will work based on a current of, for example, inclusion and sustainability and in favor of creating a better society for all, or it will tip its balance in favor of supporting oppressive regimes.

For this reason, the importance of making the position very clear since the risk and consequences of not doing so are significant. When creating an association, mutual support is also born; the brands invest a lot of money to improve their image.

However, if a sporting event becomes contaminated in the eyes of the fans, this will reach and infect the brand in the same way.

Solutions for brands, Learn all about Sportswashing. 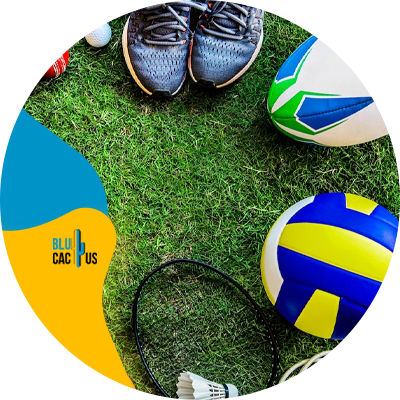 Learn all about Sportswashing. We know that the essence of sport is, first of all, health, and at the same time, it contains an endless number of positive values, both personal and social. For this reason, it is well-received whenever we see a brand linked to a team or a particular sporting event since both organizations share the same meaning.

But, if the person behind the organization of a championship or at the head of a team is a bad actor, this calls into question those campaigns for social causes and all the publicity created around giving visibility to the event.

Before this situation, brands could play a key role in establishing standards and take advantage of their presence to speak out against the lack of ethics and practices in sports sponsorship. Since although there are divided opinions among fans, there is no it can be assumed that everyone cares or ignores it. 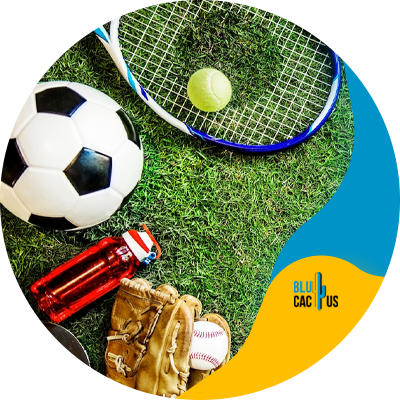 One solution is not to participate as an official sponsor of an event that is a case of sportwashing. In this way, they can operate more safely without being compromised by the event organizers or the host country and logically avoid affecting the brand’s image.

The relationship of sportwashing with brands is a matter that must be treated with kid gloves. Thanks to the fact that image is everything in this field, and with the rise of social media, reality can now be distorted.

If you want to improve your brand’s perception and increase your clientele and sales, you are in the right place with the experts at BluCactus.

Do you want to receive all digital marketing news in your mailbox? Subscribe right now to our monthly newsletter.

What is Forever 21 Marketing Strategy?

What is the AliExpress marketing strategy?

How Restaurants Should Virtually Connect with their Customers